Securing the Internet has become very necessary for torrent users. Despite efforts for closure by government these sites are still running their operations by changing domain names. Torrenting is still very popular and torrent users need the Best free and safe VPN for torrenting.

Torrenting is the use of the BitTorrent protocol for downloading large files such as Windows 10 64-bit ISO file, movies, games and more. If you want to use a BitTorrent protocol then you have to access a torrent site such as Pirates Bay or Kickass. To understand how torrenting works lets discuss BitTorrent briefly.

Related: How to download torrents from Pirates bay on Android Smartphone

What is BitTorrent Protocol and How it works?

The network is used to decrease the server and network effect on large files. This network works very effectively with mass internet users and low bandwidth networks.

The image which can be seen above is the process of uploading and downloading files on BitTorrent Protocol. A Peer-to-peer file system is very different from a client-side or Traditional downloading system. However, The process involves ordinary computers like yours and mine which are called as peers. A file is uploaded into pieces and downloaded in pieces. For example, you want to download a file which will be collected from the people who have already downloaded the file and saved in their hard drive. Some people do not allow others to download the file by immediately downloading files and stop the process. people who don’t allow someone to receive the requested file is known as Leecher. Furthermore, the BitTorrent protocol has revolutionized the web by creating a decentralized file system.

Remember: Infofuge doesn’t condone any copyright-trampling activities. This article is about online safety and anonymity.

Best Free and Safe VPN for Torrenting in 2019 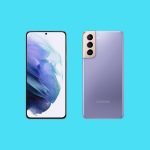 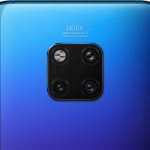