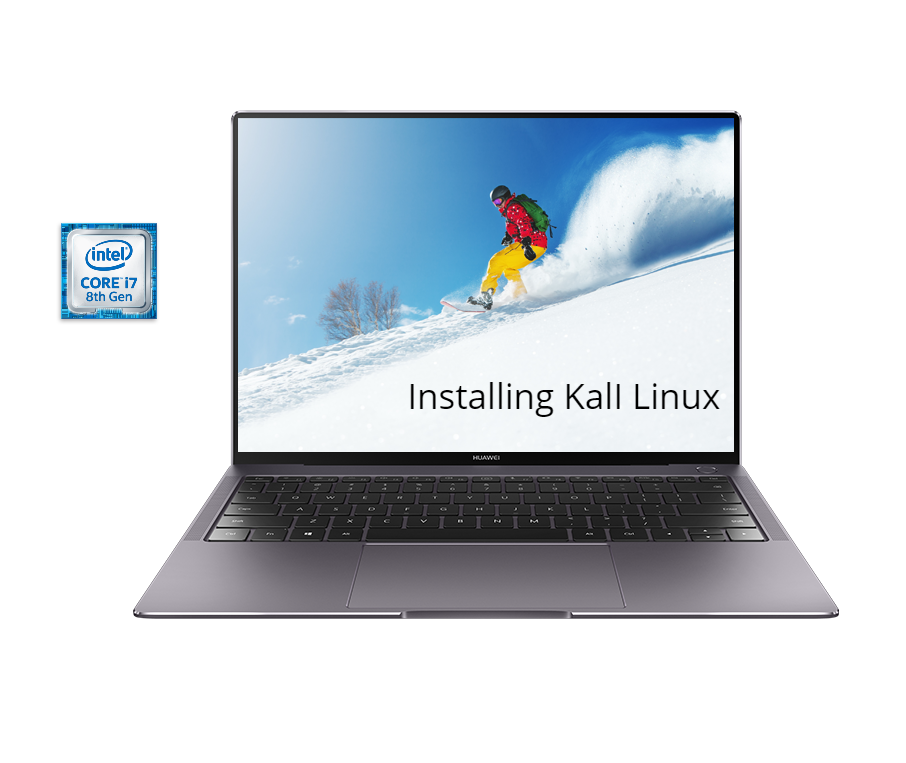 Here is How to Install Kali Linux On Huawei Matebook X Pro. Please follow this step-by-step guide for a successful install of this Linux Operating system on your Laptop.

Huawei Matebook X Pro is one of the most beautiful laptops available in the market. It comes with sensible design and a bright display with a good battery life. Huawei has released the terrific battery life laptops including Matebook D and X. This Laptop is rated as the best laptop for the year 2018. Huawei Matebook X Pro is expensive but it is the most luxurious laptop available in the market. Lastly, there is an overheating issue with Huawei MateBook X Pro.

Kali Linux is a Debian-based Linux distribution that is based on security tasks such as Penetration Testing, Computer Forensics, Security research, and Reverse Engineering. The operating system is developed and maintained by Offensive security. Furthermore, there are more than 600 penetration testing tools included in Kali Linux. Lastly, it has many advantages over other operating systems available which are discussed below,

There are many advantages of installing Kali Linux on you Huawei Matebook X Pro which is as follows,